As sports therapists we see clients with a wide range of injuries – spanning from head to toes – some of which present with severe and often extended visible scars. However, another type of scar, not visible to the naked eye, exists within the body as a result of injured muscles, tendons or ligaments.

What is scar tissue and how is it formed?

Scar tissue is fibrous tissue that acts as a replacement for pre-existing tissue when the latter is damaged due to injury. A good example of scar tissue is the one located at the site of a piercing. If you have your ears pierced, squeeze your ear lobe, feel that little bump? That’s scar tissue.

When tissue is damaged it goes through a healing process that consists of three overlapping stages: inflammation, proliferation and remodelling. Scar tissue is formed, during the remodelling phase, and can be seen on the skin as well as organs and tissues throughout the body. In addition, when collagen fibers are deposited in excess or in a non-parallel sporadic orientation the scar tissue can lack elasticity, strength and quality (Lee & Jang, 2018).

What does the research say about the effects of massage on scar tissue? 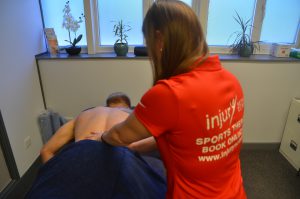 Medical and scientific research have shown that manual therapy, such as massage, has the ability to break down scar tissue, reduce associated pain and increase range of motion.

The authors suggested that the benefits of massage were due to its mechanical effects causing an increase in venous return and lymphatic drainage.

However, this study had several flaws such as not determining the long-term effects of massage on scar tissue past 35 days. Furthermore, it did not consider the age of the scar tissue and suggested that this may have influenced how successful the massage treatment was on the patients.

Conversely, Shin & Bordeaux (2012) concluded that massage does not always have a positive effect on scar tissue. The authors reviewed ten publications that met their inclusion criteria of studies that had original data and investigated the use of massage for the prevention or treatment of scars. The study showed that 45.7% of the treated patients improved along the Scar Assessment Scale. Plus, they experienced a general improvement of their wellbeing (for instance, less pain, depression and anxiety).

Based on the above results the authors concluded that although benefits can be seen with massage therapy, it does not provide evidence for massage therapy actually breaking down scar tissue.

However, we must keep into consideration that scientific research surrounding the application of massage therapy on muscle fibrosis (scar tissue) is limited. Rather than investigating if the scar tissue can be broken down through the mechanical force of massage, scientific studies focus on how wound healing can be optimised from the early stages of injury by using appropriate and progressive mobilisation, strengthening and flexibility strategies (Jarvinen et al., 2017). As stated by Chapelle (2016), recent studies suggest that the fibrotic response and collagen deposition that cause the accumulation of scar tissue, can be reduced by applying stretches to the area (Chapelle, 2016). These stretches will vary depending on the location of the scar tissue and available range at the joint.

What do I think as a sports therapist?

In my opinion, to fully understand the optimal treatment procedure, and clarify the mechanisms behind the theory, more research is needed on the relationship between massage and scar tissue (especially, because of the conflicting evidence).

However, I believe that although massage therapy can have beneficial effects on visible scars, such as improving pain, range of motion and appearance, the scar tissue will not fully be broken down but encouraged to become more organised and functional in nature, like the pre-existing tissue.

A more active approach would be more beneficial, especially at the early stages of the healing process after an injury occurs. To improve scar tissue healing, focus should be placed upon gradual passive and active mobilisation and isometric strengthening exercises.

This will encourage the formation of organised scar tissue that is strong and functional, whilst decreasing the risk of muscular atrophy that is often associated with injuries.

If you have an acute injury and would like our help to optimise your recovery process and scar tissue formation, book online a consultation appointment or alternatively contact us.

Scroll to view all. 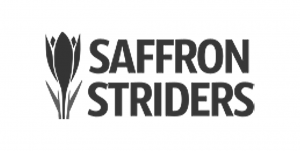 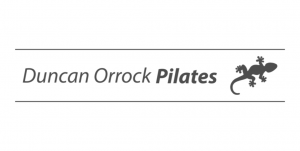 Firstly, desks aren’t dangerous. They’re not this high-risk piece of equipment that’s going to cause severe injury. Not normally anyway. Perhaps a desk can be compared to something that seduces its prey with comfort and causes a slower, more long-term death. Woah, that’s strong. Just to clear that up, a desk is very very unlikely going to kill us.   However, experiencing pain whilst sitting at a […]

Fixing you through human movement! Sports therapy appointments getting you out of pain.
• Cambridge
• Sawston
• Saffron Walden
• Bishops Stortford

PAIN!⠀ ⠀ We've all experienced pain at some po

When you enjoy training and looking after your hea

When was the last time you spent a long time stret