We are relocating to the Rig Gym

We are so excited to announce that we will be moving our Bishop’s Stortford clinic to the Rig Gym as of March 2021.

After the closure of Lift-Off, we have looked for the right fit in order for us to be able to treat and rehabilitate our clients in a place where we have full access to the functional area of the gym to carry out our treatment programmes on the gym floor.

As you might know, we are huge believers in getting people back to pain-free health by making their rehab as task-specific and functional as possible, something you won’t be able to do by just treating from the massage table.

Join in with us for our 9 minute hip mobility routine in the video below. We go through 4 different mobility drills aimed at improving your range of motion around the hip joint. If you want to help improve your general movement, or improve your position in the squat then this is a great starting point.

Alternatively you may be experiencing some hip/groin pain and have been told to try and improve your range of motion. PERFECT! This is for you. Just be sure to avoid any pain when you are holding these positions. Concentrate on deep breathing and let yourself passively drop into the stretch.

Keep an eye out for our mobility series on our YouTube channel here where we will focus on more than just the hips. 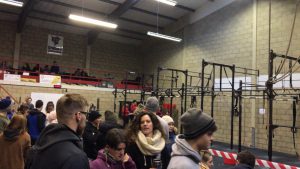 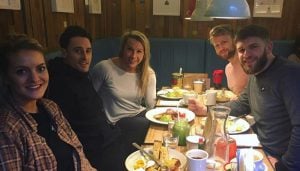 Happy new year! As we say goodbye to 2017 and welcome 2018, one of the most common things to do is setting yourself some new year goals, targets or resolutions. Whilst this can bring about a positive change, there can also be consequences. Goal setting needs to be SMART (specific, measurable, achievable, realistic and time-bound). They need to be well thought through and intelligent.

I love the fact that people want to achieve something and or perhaps change something they don’t like about their lifestyle. However, generally speaking these goals are very hard to achieve or they are asking for trouble. I would rather see a change of lifestyle rather than trying to stick to something for January, which generally means it is only short term. A perfect example of this is to go from no training at all to wanting to be at the gym 5 times per week, or go out running every night with the hope of running a half marathon shortly.

It’s great that you want to get active, get healthier and lose some excess body fat. However in our injury clinics one of the most common factors that cause injury is a surge in volume to ones training. This is what we class as a spike in loading. Too much of a spike in load/volume is generally not the best thing as our body doesn’t have time to adapt to these new forces. We know there is a relationship between high training loads and injuries. On the other hand, we know that training does have a protective effect against injury, we just need to find the correct balance.

A paper published by TJ Gabbett was the first of its kind to find a ratio that might help predict injury. If you want to read more about the training injury prevention paradox then head on over to the British Journal of Sports Medicine here.

By all means, set yourself some goals which you think are going to improve your lifestyle. Just make sure these goals are well thought through and get some feedback from a local expert. For example, if a goal of yours is to complete a half marathon then it would be wise to follow a strength and conditioning programme alongside your running to help improve movement and strength. This is why in our free half marathon programme we have included training days that involve stretching, foam roller work and strength work. If you fancy giving this a go, then head of over to the free download page here. The thinking and planning are done for you.

If you need help and structure with your goals you can book online here.

Hope you have had a lovely Christmas.

Get that pain or injury fixed for good.
Visit us at our Saffron Walden Clinic, centrally located, you’ll find us inside Just Gym. Drop-in and get expert advice in person.