Book same day appointment NOW
Is the rear foot elevated split squat as good as the back squat? 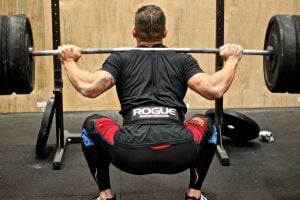 In my box, we often substitute the traditional back squat for the rear elevated split squat (RFESS or bulgarian split squat) for those that we need to amend some movement pathways. We do this in particular for those that struggle to hit depth/good form in the back squat due to a number of reasons. These can be things such as acetabular impingement, hip osteoarthritis or simply due to poor ankle dorsiflexion preventing a shift of their centre of gravity and therefore poor movement pattern. We do this because we believe this has a similar carry over for its effectiveness.

However, if there is no problem in the back squat, is it really necessary to choose between these two perfectly good exercises? Does it provide the same improvements in leg strength and transfer to sports performance when using the RFESS?

What did the researchers do?

The researchers compared the effects of two resistance training programs (one using the back squat and one using the RFESS) on measures of strength, sprint running ability and agility (change of direction speed) in rugby athletes. 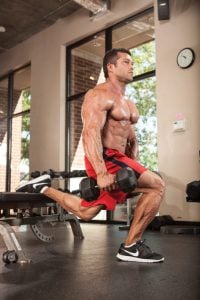 Here are the key details:

What did the researchers find?

What are the practical implications?

This study is a big step forward for strength and conditioning, as it demonstrates that traditional, heavily-researched exercises such as the bilateral squat are not irreplaceable in athlete development programs. Other, more modern exercises can be equally effective in some cases.
And yet, coaches should not discard the traditional bilateral squat, as there is an enormous amount of research that has been carried out in this exercise. Such research can be used to alter technique to optimum effect, select appropriate squat variations to stress different muscle groups, and identify the best variations or techniques to develop power or rate of force development.